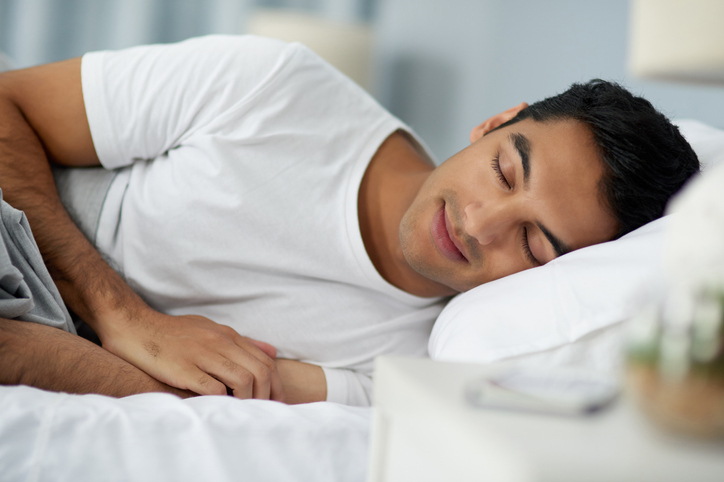 Although previous research1 has established a link between sleep health and heart disease, a new study2 in the journal Scientific Reports says that having multiple sleep problems can increase middle-aged adults’ risk of developing heart disease.

Researchers at the University of South Florida looked at data from 6,820 adults, with an average age of 53 years old, who had self-reported their heart health and the regularity, quality, efficiency, and length of their sleep. Of those participants, 663 also wore sleep monitors to track their sleep timing.

Individuals who self-reported multiple co-existing sleep issues had a 54% higher risk of heart disease, according to the research. Among participants who wore a sleep tracker, that risk increased to 141%.

Heart disease remains the leading cause of death3 in the United States, and researchers say that understanding co-existing sleep issues can motivate individuals to protect themselves from it.

• Having a sleep debt, or a significant gap between weekday sleep and weekend sleep

• Feeling unrested during the day, regardless of how many hours they slept

• Feeling a need to take three or more naps per week

Findings also showed that although there were racial differences within sleep and heart health, race did not affect the link between multiple sleep issues and risk of heart disease.

Researchers also note that poor sleep health in middle-aged adults may lead to the loss of productivity, impaired immune functioning, other illnesses in later life, and early death.

Individuals can help reduce their heart disease risk by improving their sleep with good sleep hygiene. Elements of sleep hygiene include maintaining consistent sleep schedules, getting the recommended amount of sleep, and creating a sleep-friendly bedroom.