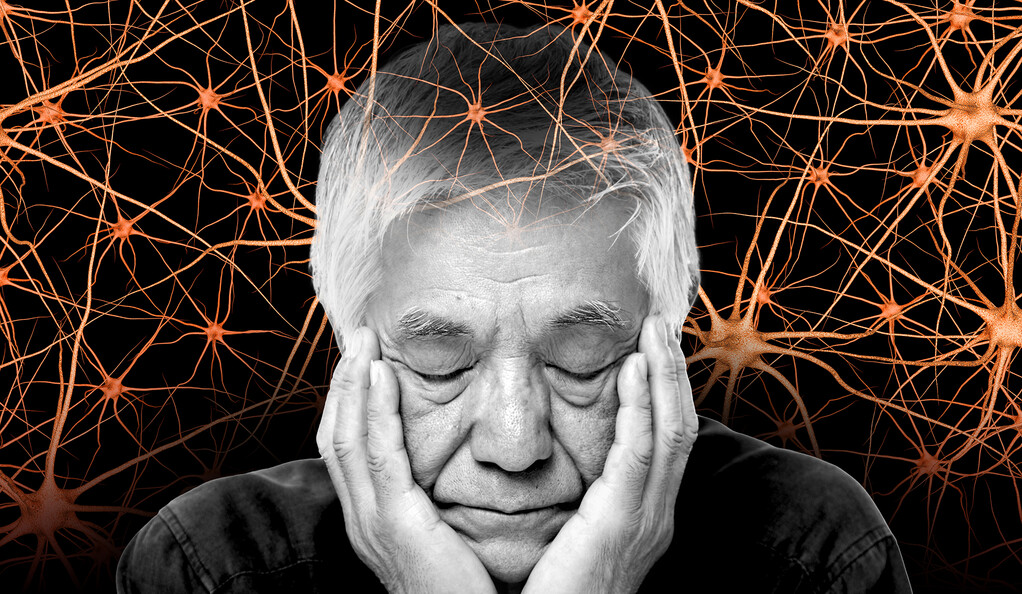 Dementia is an umbrella term used to describe a range of neurological conditions affecting the brain that get worse over time. It is the loss of the ability to think, remember, and reason to levels that affect daily life and activities. Some people with dementia cannot control their emotions and other behaviors, and their personality may change.

Dementia is the result of changes in the brain that cause nerve cells, or neurons, to stop working properly and eventually die. Researchers have connected changes in the brain to certain forms of dementia, but in most cases the specific brain changes that cause dementia are unknown. For a small number of people, rare genetic mutations that cause dementia have been identified. Although some people may be diagnosed with general dementia, to best tailor treatment and prepare for the future, it is ideal to know the specific type. The five most common forms of dementia are: · Alzheimer’s disease is the most common dementia diagnosis among older adults. Alzheimer’s dementia is typically associated with abnormal buildups of proteins in the brain — these are known as beta-amyloid plaques and tau tangles — along with a loss of connection among nerve cells. · Frontotemporal dementia (FTD) is rare and tends to occur in people younger than 60. FTD is named for the areas of the brain affected. Changes in the frontal lobe lead to behavioral symptoms, whereas changes in the temporal lobe lead to problems with language and emotions. These changes include abnormal amounts or forms of the proteins tau and TDP-43, and the loss of nerve cells. · Lewy body dementia (LBD) symptoms include problems with thinking, movement, behavior, and mood. LBD diagnoses are typically associated with abnormal deposits of a protein called alpha-synuclein in the brain, also called Lewy bodies. · Vascular dementia is a diagnosis of dementia in people who have vascular changes in the brain, such as a stroke or injury to small vessels carrying blood to the brain. People diagnosed with a vascular dementia may also show changes in the brain’s white matter, i.e., the connecting “wires” of the brain that relay messages between regions.

· Mixed dementia refers to a diagnosis of dementia that is thought to be connected to a mixture of changes in the brain. For example, a person might have evidence of changes traditionally associated with both Alzheimer’s and vascular dementia. Researchers are

continuing to explore how and why multiple distinct dementia-related brain changes can develop at the same time. This will help them better understand these various disorders and develop personalized prevention and treatment strategies.

Many other conditions can cause dementia or dementia-like symptoms, including argyrophilic grain disease, Creutzfeldt-Jakob disease, Huntington’s disease, chronic traumatic encephalopathy, and HIV-associated dementia. In addition, certain medical conditions — and even some medications — can cause serious memory problems like those seen in dementia.

There are many conditions that can cause dementia-like symptoms that can sometimes be stopped or even reversed with treatment. These conditions include:

· Side effects of certain medicines

· Emotional problems, such as stress, anxiety, or depression

· Drinking too much alcohol

· Blood clots, tumors, or infections in the brain

· Delirium, a sudden state of confusion and disorientation

· Head injury, such as a concussion from a fall or accident

· Normal pressure hydrocephalus, an abnormal buildup of cerebrospinal fluid in the brain

Talk with your doctor if you experience serious memory problems or other symptoms of dementia. A proper diagnosis is important to getting the right treatment.

What Are the Signs and Symptoms of Dementia?

Many people associate dementia with memory loss. This is because memory problems are often one of the early symptoms of a dementia disorder, but they are not the only one. The symptoms of dementia can vary, depending on the type of dementia and what areas of the brain are affected. Symptoms may include:

· Changes in the ability to speak, understand, and express thoughts and/or words and to write and read

· Wandering and getting lost in a familiar neighborhood

· Loss of interest in normal daily activities or events

· Not caring about other people’s feelings

· Problems with balance and movement

People with dementia and those caring for them can face great challenges, including the person’s ability to handle tasks, changes in family relationships, loss of work, and the need for more care as the underlying disease progresses. People in the earlier stages of dementia may need help with daily activities, while people with advanced dementia may need constant care and supervision.

People with intellectual and developmental disabilities can also develop dementia as they age. Recognizing the symptoms can be difficult because they may be attributed to the person’s disability. It’s important to consider a person’s existing ability and watch for changes over time that may signal dementia.